We hope our website has shed some light on different elements of the fake news problem to help provide the information you need to understand things better. This section goes a step further and offers some suggestions for what you can do today to help stop the spread of fake news.

The most concrete piece of advice we can give is to be proactive in verifying the factuality of a news story before you share it. Below we have a few pieces of advice to help make that easier.

Be Vigilant About Fake News Websites

One way to help prevent yourself from mistakenly sharing fake news is to remain sensitive about differences between fake news websites and legitimate websites. As we mentioned, fake news site owners have a vested interest in getting as many clicks as they can, and one of the ways they do this is to make their websites look as much like legitimate news sites as possible [1]. While you might think you’re on www.nytimes.com, you could easily be on www.nytimes.com.co instead. Of the thousands of news sites out there, how do you know which ones to trust?

We mentioned that Politifact and Facebook put together a list of 330 fake news websites that they tracked down [2]. The list shows what different types of fake news website names look like. While there are numerous imposter sites that use names that sound legitimate like 24online.news or ABCNews.com.co, other fake news sites seem to be specifically targeted at certain types of people such as AngryPatriotMovement.com or PatriotCrier.com [3]. 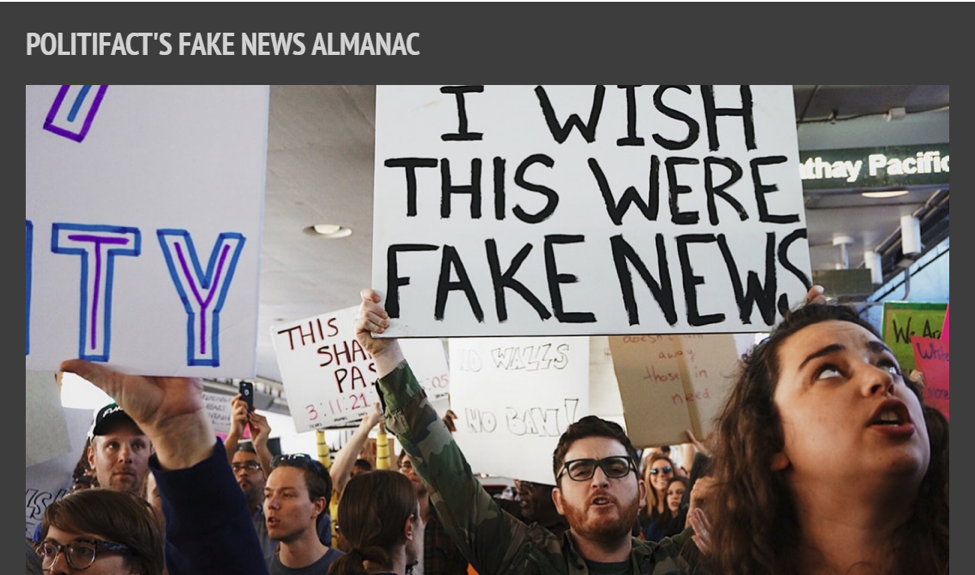 This isn’t a definitive list. Don’t try to memorize it! Without further updates, by the time you read this post a whole new batch of fake news websites will have come up to replace these. Get a feel for it and be vigilant.

Some people like The New York Times, some like CNN, but others think those sources are biased and they prefer Breitbart or Fox News. If you’re interested in seeing how much bias is attributed to any news outlet, according to one analysis, carefully check out the Media Bias Fact Check, an independent news outlet dedicated to identifying bias in media outlets. (We recommend caution because there’s a lot of advertising on the site, including some buttons that look like they’re part of the site’s operations, but actually link to ads and downloads – so please be careful.) Nevertheless, it’s a fascinating resource. The site typically rates the ideological bias and amount of factual reporting of various online and mainstream media outlets. It occasionally provides information about the host and ownership of the source and their vested interests. This information can be helpful in making an informed decision about who to trust.  You can look for this dashboard and explore what’s right, what’s left, most biased, least biased, etc.:

Here’s an example of how it analyzed one particular outlet: 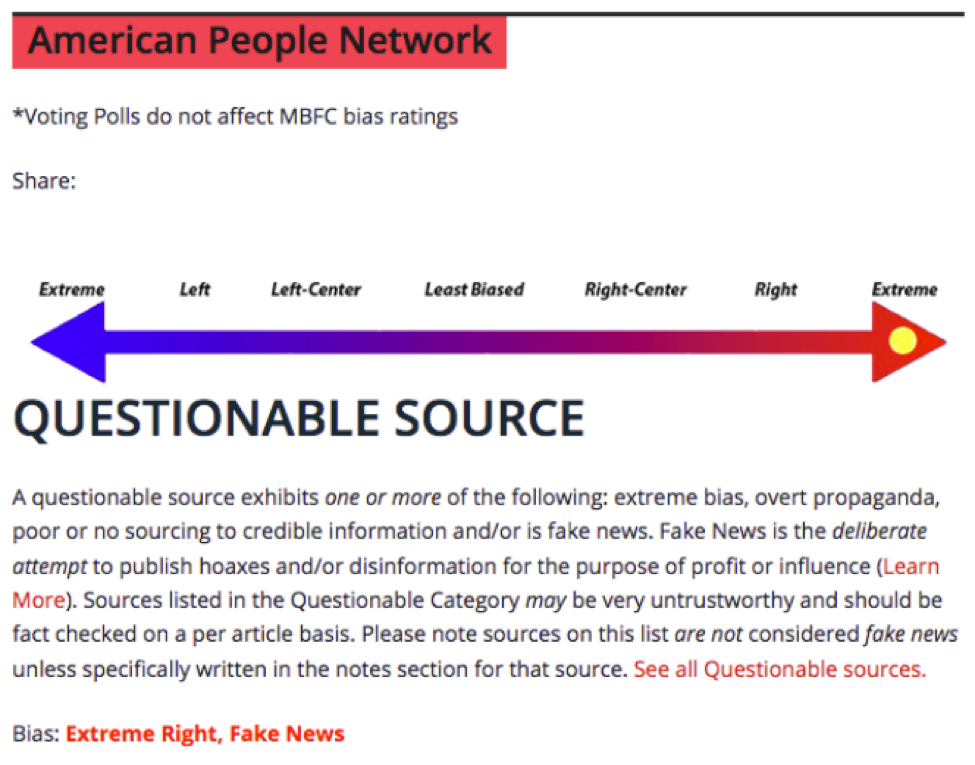 But no matter what news source you trust the most, we suggest that before you share a news item, Google it. See where it shows up. Legitimate stories will appear on several news sites, and reliable news websites will have some history. Fake news websites come and go, and information about them will be suspiciously absent. If you land on a news site that seems to have something no one else does, look for information on the “About” page or contact information. This can be a helpful way to determine if the site is legitimate or not [4].

While knowing what fake news looks like, how it spreads, and where it comes from is important, unfortunately, many of the interventions designed to correct misperceptions and false knowledge are under-used. Our cognitive biases lead us to believe we don’t need them.

So we’re realistic. We don’t expect people to fact-check everything they read. But we recommend something simple: The best thing you can do to help stop the spread of fake news is to use those fact-checkers before you share a story via social media or even in face to face encounters [7]. This habit is a good one to get into. You’re possibly inclined to fact-check if something looks too good to be true, or too outlandish, but we think you should fact-check any time you like, share, re-tweet, or comment on a news story. There are plenty of resources with which to check your facts before sharing.

There’s both altruistic and selfish reasons to follow this advice. Altruistically, you can slow down the spread of fake news in the information ecosystem, which helps to benefit everyone.  But for yourself, you can save yourself from being told by your friends and followers that you passed along stuff that wasn’t true, and you appeared not to know better. No one likes to be duped, and no one likes to look foolish.

Finally, if you want to make yourself less prone to receiving fake news (but also legitimate advertising) targeted to you, there’s some technological remedies you can try. They’ll reduce the amount of information you share with the social media companies that collect data about how you use the web, in order to deliver specific advertisements to you, and unfortunately, fake news, too.

One way is to installing a free anti-tracking plugin into your web browser. This New York Times story [5] explains in general how they work, and which ones they recommend. For instance, Disconnect selectively blocks tracking cookies that originate on what it considers to be untrustworthy websites, while it keeps those used for advertising that is "respectful." This plugin also shows you all the trackers that run on a site, categorizes them, and indicates which it blocks. 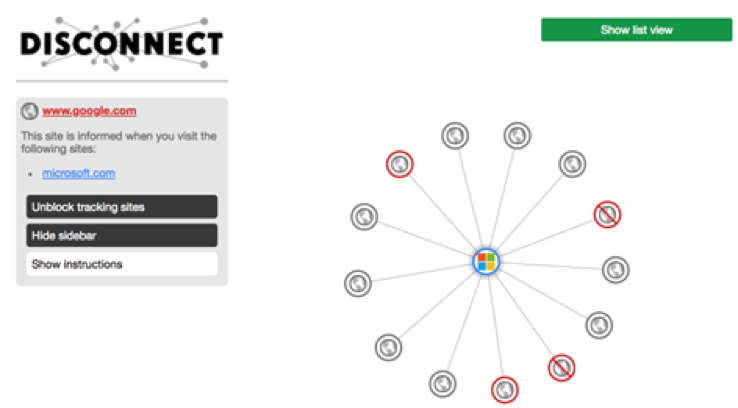